I’ve never really understood why someone would answer that question with listing a visit to the locker room or stealing stuff or what not.  But here I am reading The Invisible Man and can’t help but thinking about it.  The thing is–we are who we are regardless of whether people are around.

In a lot of ways, people can become invisible through modern technology.  And too often that ability turns out the worst parts of humanity.  People become pseudo-selves via the internet, so fraudsters can pretend to be beautiful blondes and romance the lonely and maybe the not-as-bright.  Creepsters sleuth out children for bad things.  Jerks leave horrible comments and troll those who are putting their creativity out there.  Legitimate online daters pretend they are more successful, more handsome, younger, or not-married.  People do rude, mean, and cruel things when they can’t be seen.

I want to fly, darn it.  I want to dive over the side of the Grand Canyon and just…soar.

Be invisible over flying?  Pshaw. 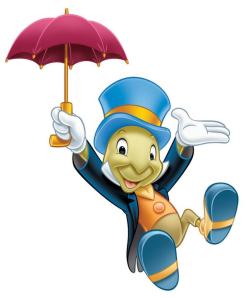 And being a jerk just because people can’t see you doesn’t mean you aren’t being a jerk.  Integrity doesn’t leave you whether you’re seen.  In fact, an easy definition of integrity is that you follow your principles whether or not you can be seen.  And isn’t integrity worth having anymore?

I often get teased by my work’s cafeteria because I slip a bottle of soda into my purse in order to carry my food in one hand and my bottle of water in the other.  “Worst thief ever,” they say when I tell them I have a soda and whatever I’m eating.  I say my integrity is worth more than a buck-fifty.

So, there it is.  I just don’t get the desire to be invisible.

Some people would steal. But stealing is wrong because it’s taking the livelihood of those around us.  In The Invisible Man he’s taking the money of the vicar and his wife.  No one is going to make that right.  The old vicar and his spouse are going to struggle to buy food or pay their help or be unable to help the sick lady down the road.  That’s just cruel.  There isn’t a bank or a government that is going to return your grocery money because an invisible person stole it.

And creeping on some girl or guy because they can’t see you is wrong, and gross, and wrong and horrible.  And also wrong.

I think, at best, what we’d find is that what people talk about when we’re not around is simply: Not You.  That we aren’t the center of everyone’s universe is what we’d discover being invisible.  Except me, of course, I’m the center of your universe, right?  Right?

And that, my friends, is my being invisible rant.

ps On my To Be Read list Forgive My Fins is being replaced by The Raven Boys.  Why, you ask?  Forgive My Fins has been sucked into the depths of who-knows-where and may never be seen again.